Call The Bailiffs: Time To Pay Up

Absolute Enforcement & Security were contacted by 2 television companies.  Both companies were looking to produce a new documentary showing how the enforcement industry operates.  To start with, we were very hesitant to take part as we were unsure of the direction the show would take.  If we were to be involved the show would need to reflect the industry in the true light, being professional and showing the firm but fair approach.  We like the fact the series (call the bailiffs: time to pay up) has been filmed in a positive way which enforces the standards and professionalism of our industry. 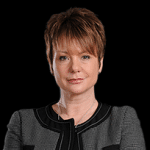 Claire Sandbrook, a highly experienced Authorised High Court Enforcement Officer (AHCEO) and the owner of Shergroup that we work in partnership with then contacted Chris (our MD) and advised that she was keen to discuss an opportunity with him that had arisen.  Claire discussed with him the need to put together a team of High Court Enforcement Agents to star in a TV documentary series and that she would like Absolute Enforcement to provide the team of agents which would help show the industry in a true and professional light.  It was explained that the previous Channel 5 documentary, “Can’t pay? We’ll Take it Away” received great viewing figures and that Channel 5 were very keen to produce a new show concentrating on High Court Enforcement with a slightly different approach.  Channel 5 approached Middlechild Productions to put the ‘Call the bailiffs: Time to pay up’ show together.

Middlechild Productions who produce content for major broadcasters worldwide – their productions are consistent, true story telling at its best.  They have an excellent reputation in the television industry and no history whatsoever in turning against those in the stories they are telling.  Additional, the series was led by the award winning producer Andrew Eastel who specialises in factual content, including following everyday people in trades such as Demolition Man, Saving Britain’s Wildlife, The Dog Rescuers and Jo Brand’s cats and kittens to name just a few of his programmes. 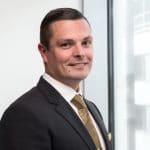 Chris founder and director of Absolute Enforcement met with Middlechild and was very impressed with their vision for the show.  This was mainly because their need to get the show right and the need for the right crew to be found which would reflect the diverse people used in the industry.  Middlechild wanted to concentrate on the person owed the money (claimant) and not the person who owes the money (debtor/defendant) and the financial pressures it put on them and the fact that if the money is not paid back to them, they could soon become the debtor.  Chris, after liking what he was told, agreed to look for the best team to suit the needs of the production company and represent the industry in a professional way.

To make things more difficult for Middlechild, were the restrictions placed on the industry by the Government for dealing with the Covid-19 epidemic.  There was suddenly a real need to keep both the high court agents and the defendants safe whilst still trying to reclaim the money owed.   As a High Court Enforcement company Absolute Enforcement were one of the few companies which remained open throughout the whole pandemic and spent a lot of time and effort ensuring that the agents were kept up to date on current restrictions and the latest must-know procedures.

All of the shows were reviewed by Claire and her legal team at to ensure that the series represented the industry in the best way possible.

Absolute Enforcement are proud of the documentary, of the agents who starred in it and of all the positive feedback.  This show exceeded 1.5 million views and still increasing as more people catch on the My5 app and website.

Lets all hope that there is a Series 2!

To see the Channel 5 ‘Call the bailiffs: Time to pay up’ shows on My5 catch up click on the below link

Message us for a call back